from WeLiveSecurity https://ift.tt/LTuHw6v
via IFTTT

Alleged teen hacker claims he found an admin password in a network share inside Uber that allowed complete access to ride-sharing giant’s AWS, Windows, Google Cloud, VMware, and other environments.

from Dark Reading https://ift.tt/3AxGJ6u
via IFTTT

Financial services firms need to learn how — and when — to put machine learning to use.

from Dark Reading https://ift.tt/Vx6XJ2d
via IFTTT

The attacks showcase broader security concerns as phishing grows in volume and sophistication, especially given that Windows Defender’s Safe Links feature for identifying malicious links in emails completely failed in the campaign.

from Dark Reading https://ift.tt/dJb74Nw
via IFTTT

Building quantum resilience requires C-suite commitment, but it doesn’t have to mean tearing out existing infrastructure.

from Dark Reading https://ift.tt/XD8HKpV
via IFTTT

Three men in the United Kingdom were arrested this month after police responding to an attempted break-in at a residence stopped their car as they fled the scene. The authorities found weapons and a police uniform in the trunk, and say the trio intended to assault a local man and force him to hand over virtual currencies.

Shortly after 11 p.m. on September 6, a resident in the Spalding Common area in the district of Lincolnshire, U.K. phoned police to say three men were acting suspiciously, and had jumped a nearby fence.

“The three men made off in a VW Golf and were shortly stopped nearby,” reads a statement by the Lincolnshire Police. “The car was searched by officers who found an imitation firearm, taser, a baseball bat and police uniform in the boot.”

Thomas Green, 23, Rayhan Miah, 23, and Leonardo Sapiano, 24 were all charged with possession of the weapons, and “with intent to cause loss to another to make an unwarranted demand of Crypto Currency from a person.”

KrebsOnSecurity has learned that the defendants were in Spalding Common to pay a surprise visit to a 19-year-old hacker known by the handles “Discoli,” “Disco Dog,” and “Chinese.” In December 2020, Discoli took credit for hacking and leaking the user database for OGUsers, a forum overrun with people looking to buy, sell and trade access to compromised social media accounts.

Reached via Telegram, Discoli confirmed that police believe the trio was trying to force their way into his home in Spalding Common, and that one of them was wearing a police uniform when they approached his residence.

“They were obvious about being fake police, so much so that one of our neighbours called,” Discoli said in an instant message chat. “That call led to the arrests. Their intent was for robbery/blackmail of crypto, I just happened to not be home at the time.”

The Lincolnshire Police declined to comment for this story, citing an ongoing investigation.

Discoli said he didn’t know any of the men charged, but believes they were hired by one of his enemies. And he said his would-be assailants didn’t just target him specifically.

“They had a list of people they wanted to hit consecutively as far as I know,” he said.

The foiled robbery is the latest example of how members of certain hacking communities are targeting one another with physical violence, by making a standing offer to pay thousands of dollars to anyone in the target’s region who agrees to carry out the assaults.

Last month, a 21-year-old New Jersey man was arrested and charged with stalking in connection with a federal investigation into groups of cybercriminals who are settling scores by hiring people to carry out physical attacks on their rivals.

Prosecutors say Patrick McGovern-Allen recently participated in several of these schemes — including firing a handgun into a Pennsylvania home and torching a residence in another part of the state with a Molotov Cocktail.

McGovern-Allen and the three U.K. defendants are part of an online community that is at the forefront of a dangerous escalation in coercion and intimidation tactics increasingly used by competing cybercriminal groups to steal cryptocurrency from one another and to keep their rivals in check.

The Telegram chat channels where these young men transact have hundreds to thousands of members each, and some of the more interesting solicitations on these communities are job offers for in-person assignments and tasks that can be found if one searches for posts titled, “If you live near,” or “IRL job” — short for “in real life” job.

A number of these classified ads are in service of performing “brickings,” where someone is hired to visit a specific address and toss a brick through the target’s window. Indeed, prior to McGovern-Allen’s arrest, his alleged Telegram persona bragged that he’d carried out several brickings for hire.

Many of the individuals involved in paying others to commit these physical attacks are also frequent participants in Telegram chat channels focused singularly on SIM swapping, a crime in which identity thieves hijack a target’s mobile phone number and use that to wrest control over the victim’s various online accounts and identities.

Unsurprisingly, the vast majority of people currently being targeted for brickings and other real-life physical assaults via Telegram tend to be other cybercriminals involved in SIM swapping crimes (or individuals on the periphery of that scene).

The United Kingdom is home to a number of young men accused of stealing millions of dollars worth of cryptocurrencies via SIM swapping. Joseph James O’Connor, a.k.a. “Plugwalk Joe”, was arrested in Spain in July 2021 under an FBI warrant on 10 counts of offenses related to unauthorized computer access and cyber bullying. U.S. investigators say O’Connor also played a central role in the 2020 intrusion at Twitter, wherein Twitter accounts for top celebrities and public figures were forced to tweet out links to cryptocurrency scams. O’Connor is currently fighting extradition to the United States.

Robert Lewis Barr, a 25-year-old Scottish man who allegedly stole more than $8 million worth of crypto, was arrested on an FBI warrant last year and is also fighting his extradition. U.S. investigators say Barr SIM swapped a U.S. bitcoin broker in 2017 while living with his mom, and that he spent much of the stolen funds throwing lavish parties at rented luxury apartments in central Glasgow.

In many ways, these violence-as-a-service incidents are a natural extension of “swatting,” wherein fake bomb threats, hostage situations and other violent scenarios were phoned in to police as part of a scheme to trick them into visiting potentially deadly force on a target’s address. According to prosecutors, both Barr and O’Connor have a history of swatting their enemies and their SIM swapping victims.

from Krebs on Security https://ift.tt/P9dGuy5
via IFTTT

The target has been under relentless DDoS attack, which ultimately set a new packets-per-second record for Europe.

from Dark Reading https://ift.tt/OrGkovl
via IFTTT 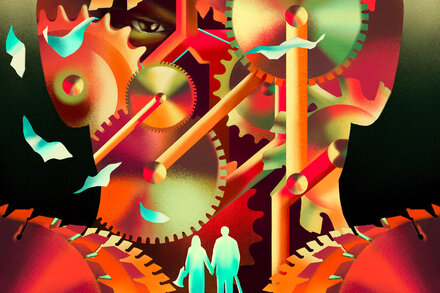 By BY DAVID STREITFELD

The victims of a bizarre cyberstalking operation at eBay are trying to hold the chief executive and the culture of the company responsible.

from NYT Technology https://ift.tt/icYuAr3
via IFTTT

Uber is all over the news for a widely-publicised data breach. We help you answer the question, “How do I stop this happening to me?”

from Naked Security https://ift.tt/4W7i3hM
via IFTTT

A teen hacker reportedly social-engineered an Uber employee to hand over a Slack password, before burrowing deep into Uber’s cloud and code repositories.

from Dark Reading https://ift.tt/2KpJosU
via IFTTT