When shopping online, always use your credit cards instead of a debit card. If any fraud happens, it is far easier to recover your money from a credit card transaction. Gift cards and one-time-use credit card numbers are even more secure.

from SANS Institute Security Awareness Tip of the Day https://ift.tt/36LdXtt
via IFTTT 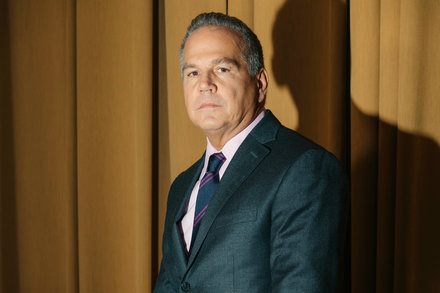 Representative David Cicilline doesn’t just want to enforce the laws governing the tech industry. He wants to change them.

from NYT Technology https://ift.tt/2PorjE4
via IFTTT

The NHS is a goldmine of patient data which the United States wants to be quarried by some of its biggest companies. Britain’s health service is home to a unique medical dataset that covers the entire population from birth to death. Jeremy Corbyn’s NHS press conference revealed that the US wanted its companies to get unrestricted access to the UK’s medical records, thought to be worth £10bn a year. A number of tech companies – including Google – already mine small parts of the NHS store. Ministers have been treading carefully after an attempt to create a single patient database for commercial exploitation was scrapped in 2016 when it emerged there was no way for the public to work out who would have access to their medical records or how they were using them.

However, such caution might be thrown to the wind if Boris Johnson gets his way over Brexit – and patients’ privacy rights are traded away for US market access. This would be a damaging step, allowing US big tech and big pharma to collect sensitive, personal data on an unprecedented scale. Donald Trump’s officials have already made clear that this is what they are aiming for. In the leaked government records of talks between US and UK trade representatives White House officials state that “the free flow of data is a top priority” in a post-Brexit world. Trump’s team see Brexit as an opportunity “to avoid forcing companies to disclose algorithms”. The US wants the UK to drop the EU’s 2018 data law, in which individuals must be told what is happening with their medical data, even if scrubbed of personal identifiers.

from Data and computer security | The Guardian https://ift.tt/36gFpy6
via IFTTT