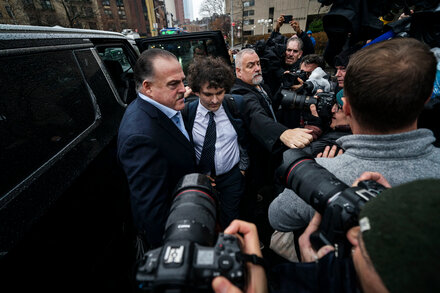 By BY BENJAMIN WEISER, DAVID YAFFE-BELLANY AND MATTHEW GOLDSTEIN

The founder of the collapsed cryptocurrency exchange FTX, who was released on a $250 million bond, returned to New York to appear in court on Tuesday.

from NYT Technology https://ift.tt/NAhloYZ
via IFTTT