Communities like Craigslist, OfferUp, Facebook Marketplace and others are great for finding low- or no-cost stuff that one can pick up directly from a nearby seller, and for getting rid of useful things that don’t deserve to end up in a landfill. But when dealing with strangers from the Internet, there is always a risk that the person you’ve agreed to meet has other intentions.

Nearly all U.S. states now have designated safe trading stations — mostly at local police departments — which ensure that all transactions are handled in plain view of both the authorities and security cameras. 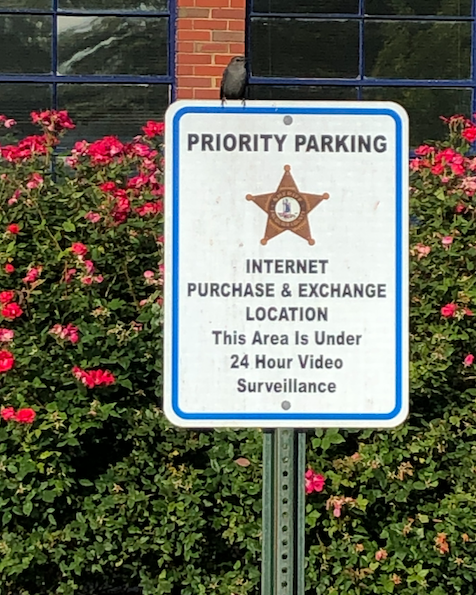 These safe trading places exist is because sometimes in-person transactions from the Internet don’t end well for one or more parties involved. The website Craigslistkillers has catalogued news links for at least 132 murders linked to Craigslist transactions since 2015. Many of these killings involved high-priced items like automobiles and consumer electronics, where the prospective buyer apparently intended all along to kill the owner and steal the item offered for sale. Others were motivated simply by a desire to hurt people.

This is not to say that using Craigslist is uniquely risky or dangerous; I’m sure the vast majority of transactions generated by the site end amicably and without physical violence. And that probably holds true for all of Craigslist’s competitors.

Still, the risk of a deal going badly when one meets total strangers from the Internet is not zero, and so it’s only sensible to take a few simple precautions. For example, choosing to transact at a designated safe place such as a police station dramatically reduces the likelihood that anyone wishing you harm would even show up.

I recently stumbled upon one of these designated exchange places by accident, hence my interest in learning more about them. The one I encountered was at a Virginia county sheriff’s office, and it has two parking spots reserved with a sign that reads, “Internet Purchase & Exchange Location: This Area is Under 24 Hour Video Surveillance” [image above].

According to the list maintained at Safetradestations.com, there are four other such designated locations in Northern Virginia. And it appears most states now have them in at least some major cities. Safeexchangepoint.com also has a searchable index of safe trading locations in the United States and Canada.

Granted, not everyone is going to live close to one of these designated trading stations. Or maybe what you want to buy, sell or trade you’d rather not have recorded in front of police cameras. Either way, here are a few tips on staying safe while transacting in real life with strangers from the Internet (compliments of the aforementioned safe trading websites).

The safest exchange points are easily accessible and in a well-lit, public place where transactions are visible to others nearby. Try to arrange a meeting time that is during daylight hours, and consider bringing a friend along — especially when dealing with high-value items like laptops and smart phones.

Safeexchangepoint.com also advises that police or merchants that host their own exchange locations generally won’t get involved in the details of your transaction unless specified otherwise, and that many police departments (but not all) are willing to check the serial number of an item for sale to make sure it’s not known to be stolen property.

Of course, it’s not always practical or possible to haul that old sofa to the local police department, or a used car that isn’t working. In those situations, safetradestations.com has some decent suggestions:

from Krebs on Security https://ift.tt/ZnfjKiF
via IFTTT